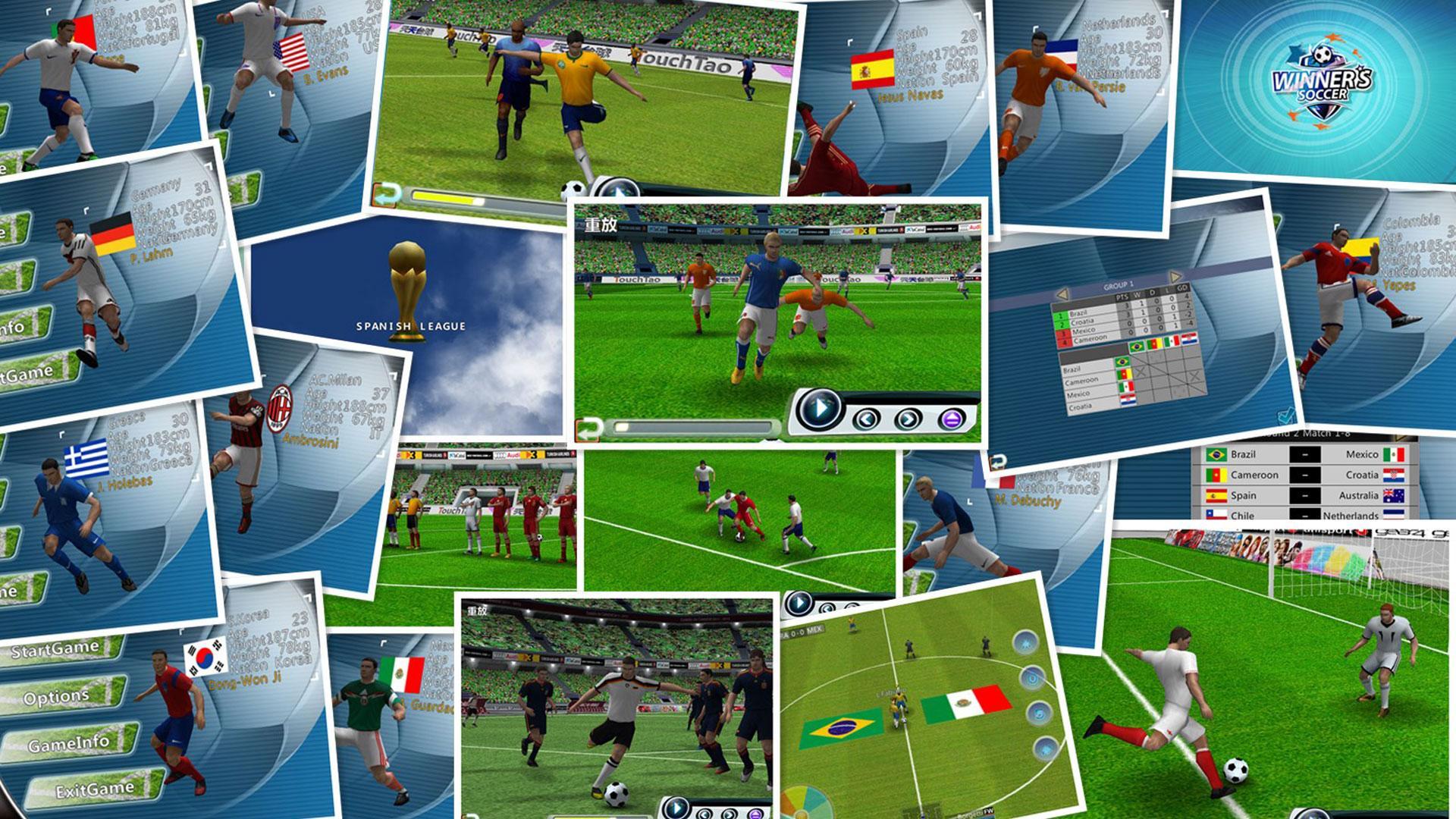 The best Android soccer game that many people are interested in is Winner Soccer Evo Elite. Yes, this game is a soccer-themed game that is loved by various groups. Starting from small children to adults.

For those who like video games like PES on the PlayStation platform, definitely choose Winner Soccer Evo elite to play on their gadgets. At first glance, the graphics of this game remind gamers of the game made by PlayStation .

Football Game Made in China

TouchTao as the developer of this game makes soccer games as an option from the games that have been released previously.

Apart from soccer, TouchTao also makes car racing and billiard games for a variety of other sports-themed games.

This game developer based in Beijing, People’s Republic of China has managed to attract more than 10,000,000 Android users to download this game. This game was first released on February 24, 2016. Then, for the last update of this game on April 25, 2020.

If you haven’t updated, it will cause small problems such as unstable game and little buffering during the game. To be more comfortable to play, it’s a good idea to always update this game.

Can Be Used On Any Android

So there are no clear specifications regarding the Android version that can play this game. If you look at the description, it can be concluded that Android with the Jelly Bean version can also download and play this game.

In addition, the amount of memory required for this game is not clearly stated. This is because the detailed information on this game listed on the Google PlayStore only mentions that the size of the game memory varies depending on the gadget used.

Can Be Played From 7 Years Old

This means that this game is allowed for ages 7 years and over. Considering that this game contains graphics of mild violence such as sliding and maybe the expression of players who look angry when they are hit by a red card or yellow card. So, this game passed the assessment test with a content rating of 7+.

In addition, the focus of the graphics on the field and the players only. Meanwhile, match complements such as the graphics of the field stands and supporters are less detailed. Maybe this is because this game presents an overview of the match, without paying attention to other parts.

Especially for this game it is free to download. In contrast to other games, you must first make a purchase with a Google Play balance. Yes, this game is free with no cost to play it.

It’s just that to open access for football clubs and national teams in certain countries requires a Google Play balance or purchases via debit cards or Visa and Mastercard credit cards. In addition, the price of each item and access to open certain clubs, national teams and leagues is priced starting at Rp. 15,000.00.

There are three game modes in this game. It is categorized based on the type of game. There are Cup, Friendly Match, and Penalty Mode.

First, Cup mode is a game mode that runs like a soccer league like the real world cup. Users can choose their favorite team from 32 national teams around the world. So, users can choose to join international leagues according to their chosen area such as the Asian Cup, European Cup, and even the World Cup.

Second, Friendly Match mode. In this game mode, it is a friendly match game mode. Users can choose 2 teams from 32 soccer teams to be matched against. Yes, this game is a sparring match or commonly known as sparring with other teams.

This game presents two kinds of operation skills, namely manual and automatic. For manual operation mode, there are 5 types that are adapted from most other soccer games. Starting from Short Pass, Long Pass, Sliding Tackle, Through Pass, Shoot, and many more.

An example is a sprint which is a high-speed dribble. However, when using this sprint skill, it is prone to once the ball is seized by the opponent. Next is the drive ball out, this skill is a skill that is able to receive gastric bait with the body and automatically after the ball is received it is immediately dribbled at high speed.

Don’t forget, the basic skills in this operation mode are still there. Such as through pass and long pass. It’s just that for this automatic mode the accuracy of the feed received depends on the accumulated power it has.

In addition, there are also fake shot skills that are useful for outwitting opponents. Like a soccer match in the real world, this fake shoot has the same function as in the real world. Then there are also control tracks, when using this skill the user will be given the freedom to feed the ball long distances with stomach bait using an arrow that is directed at his team players.

Up To Date Player Database

Interestingly, this Winner Soccer Evo Elite game is one that uses the latest player and team database. The data is obtained based on the data of players and teams that have participated in the 2018 World Cup. So, there is no need to doubt the users because these player statistics are officially released by FIFA. Then this data is used as a reference for the skills of each player and team that participated in the 2018 World Cup in Russia.

However, this game is still frequently updated so that the player database provided is like in the real world. Various football clubs and new players have been added so that users can feel the football atmosphere like a football match in general.

Well, of the many football games that have been released on the PlayStore. Winner Soccer Evo Elite is one of the recommended games. this is proven by the 4.2 star rating given by all Android users around the world.